Honored Artist of the Republic of Tatarstan, film award winner at the XX Open All-Russian Film Festival Kinotavr in the nomination “The best music for the film” by Ivan Vyrypayev “Oxygen” Aydar Gaynullin; DJ

ROSKINO is the only state structure in Russia that promotes Russian cinema in the world. Since 1924, helping domestic filmmakers integrate into the global film industry. In 2019, the company will celebrate its 95th anniversary.
The company promotes Russian films at international film festivals (in Cannes, Venice, Berlin, Toronto, London), film markets (AFM in Los Angeles, EFM in Berlin, Marché duFilm, MIPTV and MIPCOM in Cannes, FILMART in Hong Kong), awards ( “Oscar”, “Golden Globe”, award of the European Academy of Cinema), supports the distribution of Russian cinema and helps to attract investors and partners interested in co-production with Russia.
One of the notable projects of ROSKINO is the DOORS International Mobile Film Market, in which the company presents new Russian films in the leading markets of the world.
In 2012, ROSKINO opened its division in Los Angeles – the Russian Film Commission in the United States (Russian Film Commision USA).
In 2014, ROSKINO opened an official representative office in London (United Kingdom) – ROSKINO-UK.
In October 2014, ROSKINO organized the St. Petersburg International Media Forum (SPMMF), which united three content markets – cinema, television and new media, and had a great response in the Russian and international media industry.
In May 2016, ROSKINO became a partner of the world’s largest Cannes film market, Marché Du Film, at the 69th Cannes International Film Festival, thanks to which Russia became the headliner of the event.
In 2017, ROSKINO initiated the creation of the Moscow Film Commission, the company works on the formation and promotion of which is supported by the Government of Moscow. The purpose of the institution is to promote the city as a unique location for filming, as well as to assist international cinema and television companies in organizing the filming process in the capital.

Ekaterina Mtsituridze – head of ROSKINO, film expert, First Channel presenter, chief editor of Variety Russia magazine, author of the concept and general producer of the St. Petersburg International Media Market – SPMMF.
She graduated from the history and film studies faculties of Tbilisi State University. Leads the author’s column “This movie” in the morning air of the First Channel. Since 2011, the CEO of ROSKINO.
May 2008 – member of the jury of the program “Special Look” 61 Cannes Film Festival. From 2008 to today – founder and director of the Russian Pavilion at the Cannes Film Festival.
September 2010 – January 2011 – leads the North American PR campaign of the film “The Edge” (dir. A. Teacher). The film receives a Golden Globe nomination.
September 2011 – leads the international PR campaign of the film “Faust” directed by Alexander Sokurov. The film receives the main prize – the Golden Lion of St. Mark Venice International Film Festival. June 2012 – conducts the First International Mobile Movie Market of Russian Content “DOORS”, which received 45 representatives of American sales and distribution companies.
November 2012 – concludes an agreement with the largest Internet portal of the USA – HULU about distribution of 12 new Russian films. May 2014 – concludes an agreement with HULU on the distribution of Russian serials on the CTC channel.
October 2014 – the author of the concept and general producer of SPMMF.
2016 – received the prize of the First National Business Communications Award in the category “Breakthrough of the Year” for the company’s productive activities in 2016, and in particular for the partnership of ROSKINO and the Marché Film Festival, the world’s largest Cannes film market, within the 69th Cannes Film Market international film festival, thanks to which Russia has become the headliner of the event.
2017 – initiated the creation of the Moscow Film Commission, the formation and promotion of which ROSKINO works with the support of the Government of Moscow.
In May 2018, she acted as an associative producer of the film directed by Sergei Dvortsevogo “Hayk”, a participant in the main competition of the Cannes Film Festival, winner of the prize for the best actress Samal Yeslyamova.
Member of the Union of Cinematographers of the Russian Federation, member of the Russian and International Unions of Journalists, member of the Association of International Cinema Press Fipresci; Academician of the National Academy of Cinematographic Arts and Sciences of Russia. Master of History. 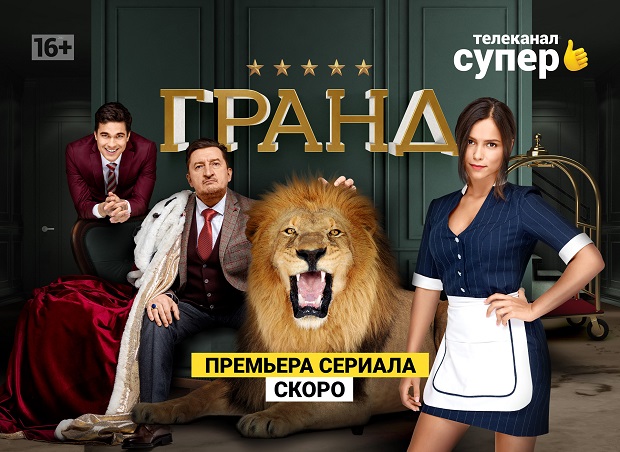 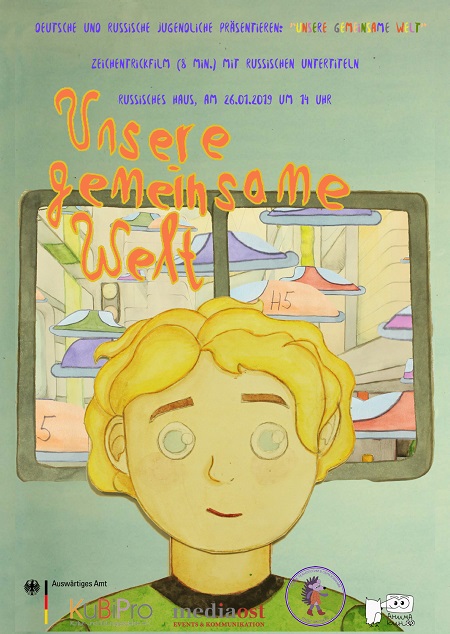